We want a joined-up network that allows people to make their journeys in RBKC by bike, if they want to. Getting a Connected Cycle Network in Kensington & Chelsea

At the moment, it’s not a realistic option for many. There are over 200 kms of road in RBKC. None have physically separated bike lanes. About 9 kms have been labelled as “Quietways”, making up under 5% of the total road network. These were put in place around 2015/2016. In many places, they are obviously not usable by many people, and wouldn’t comply with current Government standards. Pretty much none are appropriate for more vulnerable users such as children.

So at the moment in RBKC if you want to make your journey by bike – whether to go to school, college, work, the shops, visit friends, take some exercise -, chances are close to zero that you’ll have a properly designed piece of infrastructure to make your journey. If you have a car, however, all journeys are possible.

Have a look at the RBKC bike route map here – and see if the next journey you’re thinking of making starts and ends somewhere on those routes.

Little wonder that car use, and traffic, has been growing in RBKC, with all the problems of congestion, pollution, road danger, sedentary lifestyles and community damage this brings.

But RBKC don’t see things that way.  They actually think they have reached their target.  This seems odd, since they claim they want to be “leaders in active travel”, but as described don’t have any usable network for one of the key forms of active travel, which is by bike.

They do this by having a target of “cycle ways” being within 400m of people.  Then, by drawing a bubble 400m from these cycle ways, they can say that people are “covered”.  At the moment, their bubble says 68% are covered, which is close to their current target of 70%.    The practical use of this target is close to nil.  Imagine you are within 400m of such a cycle way.  You face 400m of journey to get to it, and when you do get to it the chances are very low that it does where you need to go.

And step outside your front door.  Imagine you’re not a very experienced cyclist on city streets or have particular needs – perhaps a child, perhaps new to cycling, perhaps with a disability – and ask yourself if you think the streets feel safe for you to make your journey by bike.

The longer section below describes each of the “Quietways” – as a reminder, totalling c. 9km of the borough’s > 200km of road:

Before getting into the detail, a bit of history.

The RBKC “Quietways” were introduced in 2015/2016. After that, in 2018, TfL published its Cycling Action Plan, which among other things set out that infrastructure standards would be improved, and that the term “Quietways” would be ended. It also announced that the London Cycling Design Standards, first introduced in 2015 and in force when the RBKC Quietways were put in place, would be revised. The new labelling is “Cycleway”, and the new LCDS came into effect in 2019.

We are not aware that the RBKC Quietways have been audited as to whether they meet the revised LCDS.

Bayswater road, where it abruptly terminates – but would have connected to a high quality cycle lane running all the way from Shepherd’s Bush to Hyde Park and beyond had it not been blocked.

The start of the route has some shared space which is fairly navigable, and then Bracewell Road, across a Toucan crossing that is slightly out of the natural crossing point and so often unused, and then south down Latimer Road. It then enters a shared space passing under the Westway, then a combination of Silchester Road, Lancaster Road, St Mark’s Road, Blenheim Crescent and Talbot Road until it reaches the borough boundary. 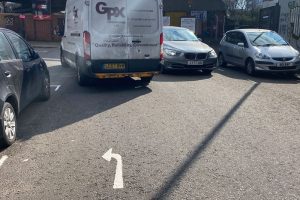 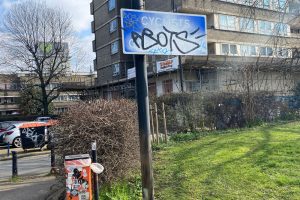 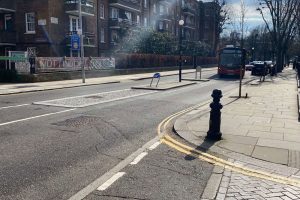 The total distance is roughly 2.7kms, and the cost was £235,000. There are some hints of what could be achieved in repurposing street space, for example the shared space by Colville Terrace or running by Westway Gardens. But there are obvious issues with this route. For example, it crosses two busy roads at non-signalised places without Toucan crossings – Ladbroke Grove and Bramley Gardens.

Between Talbot Road and Kensington High Street there aren’t any Quietways, running East-West, North-South, or even diagonally. So much for a network.

But let’s say you managed to get further south in the borough, High Street Kensington, and wished to continue south. (There aren’t any East-West routes here so really it’s North-South or nothing).

For this you could use the Quietway running from High St Ken down to Harrington Gardens. Your first problem though will be to get to the start point, at the south side of High St Ken. For this you’ll have to cross four lanes of traffic. So the route is instantly useless for a large number of people who understandably won’t want to do this.

The route could have continued north from Kensington High Street, along Kensington Palace Gardens, and then connecting across the Bayswater Road to continue further north. Kensington Palace Gardens was blocked as a cycle route, and RBKC agreed not to put any signs up to indicate that people could use it. Therefore, there is a gap running North-South – if you want to continue your journey north, well good luck, and if you want to get to the start of this Quietway, well, good luck.

If you do manage to use it, part of it is arguably the best cycling infrastructure in the borough. The area south of High Street Kensington at this point (around Victoria Road and Victoria Grove), has a number of cul-de-sacs and one-way streets that make it very much like what are now called “Low Traffic Neighbourhoods”, and cycling in this area is noticeably more pleasant with the lack of traffic, as our the number of people walking and spending time on pavements and terraces socialising. Cycling past Launceston Place gives a taste of what could be replicated across the borough. There is then a cycle crossing of the Cromwell Road leading down to Harrington Gardens. 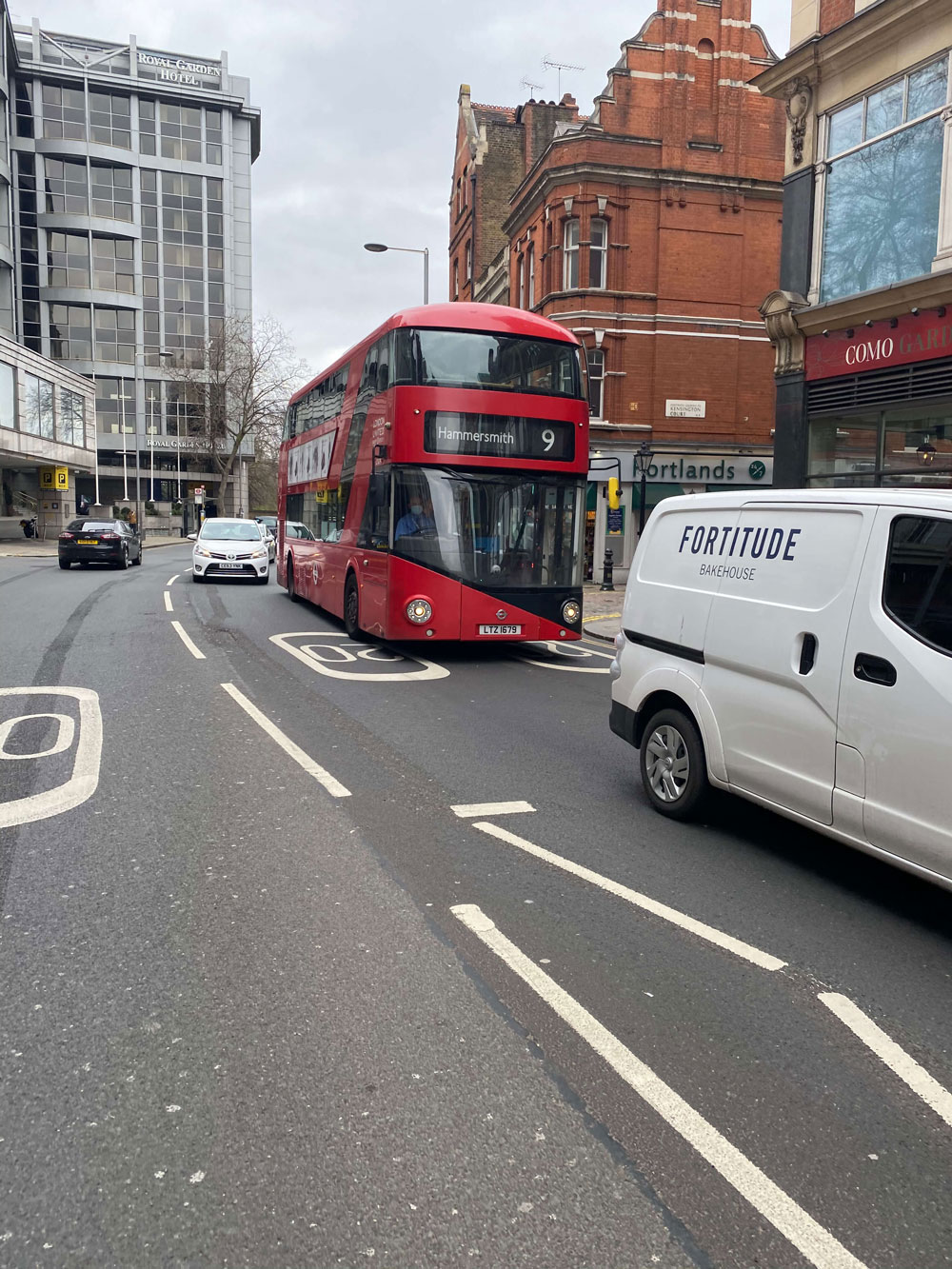 The route from Brompton Cemetery to Exhibition Road runs East-West and connects midway with the route running south from High Street Kensington.

Entering the route at Brompton Cemetery is certainly a relief to escape the Old Brompton Road – although the route does then keep you away from the road which of course contains the shops, cafes and so on which may well be your destination. This is one of the issues with a backstreets-only approach – it ignores the fact that many people are of course travelling to retail and leisure outlets, and other places located on high streets. 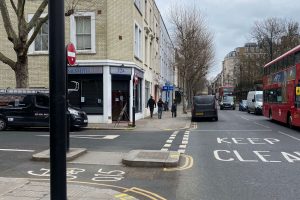 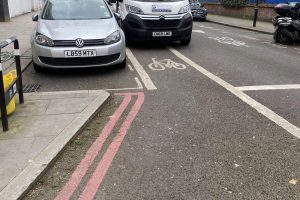 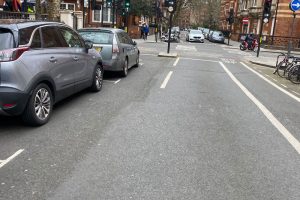 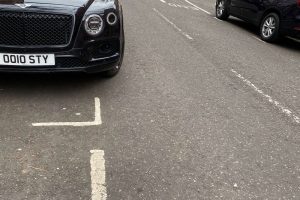 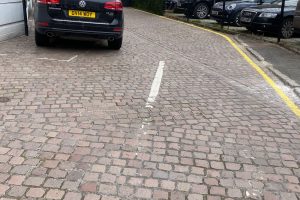 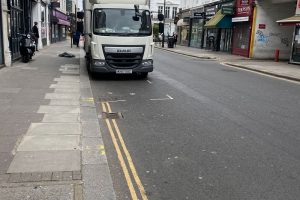 A short connecting link between the two routes described below, that avoids the King’s Road. This again illustrates issues with the backstreets Quietways – it takes people away from places they are likely to want to go to (eg, shops, cafes), and doesn’t address the safety needs of those who are using the King’s Road either because that is their destination or it is the most logical route. We are not aware of any data for usage of this Quietway – but along the King’s Road the last DfT statistics suggest c. 1,300 bike users per day.

The route uses a logical Toucan crossing across the King’s Road, and goes through the now partly pedestrianised Chelsea green. 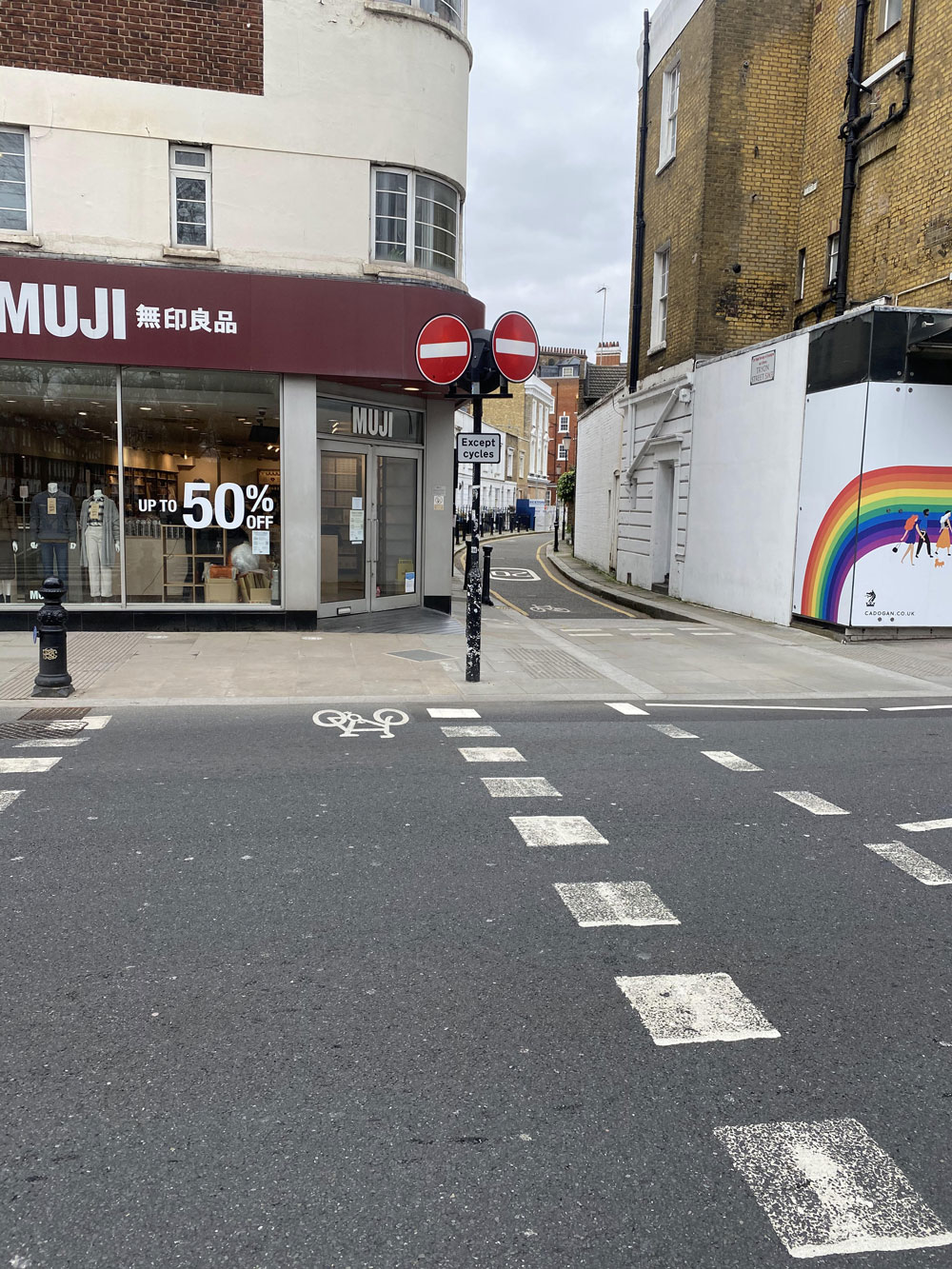 This route runs between the Embankment and Harrington Road. An obvious problem is how can you get to the start of it by Albert Bridge? Transport for London have, for decades, proposed a cycle way along this part of the Embankment (continuing from the cycle way that currently stops at Chelsea Bridge). Although the road is part of TfL’s network, for a successful route it needs co-operation of RBKC, which has never happened. This means that this road – used by about 5,000 people by bike each day because it’s the obvious route they need to take with no practical alternative – has absolutely dreadful provision for cycling. The point of a network is that it is a network, and if you can’t safely get to the start of it, it’s pretty useless.

The route heads north along Oakley Street – the B304, which is not exactly quiet, with an estimated c. 10,000 vehicle movements per day. It then crosses the King’s Road, and follows Dovehouse Street which runs by the Royal Marsden. There is often congestion here due to parked vehicles. 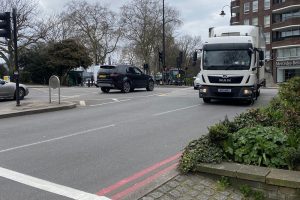 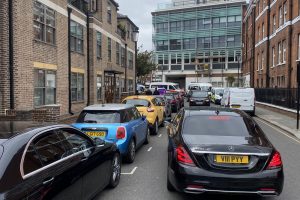 This route runs through to Chelsea Bridge Road. Similarly to other routes, it doesn’t connect with anything. In fact, RBKC promised a segregated cycle lane on Chelsea Bridge Road, and then simply didn’t build it. So you arrive there, and it’s, well, good luck!